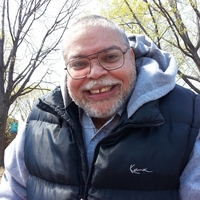 Taking The DIS out of DISAbility Nationwide

I am a staunch supporter and advocate for the rights and privileges of every American, regardless of race, creed, nationality, religious persuasion, or political endorsements, I am a particular advocate in promoting the cause of equality, freedom and full participation within the mainstream of society. When I was 14 months old, and diagnosed as having Cerebral Palsy.

.. I knew whatever cause that I would have to pave for myself would taker perseverance


Taking The Dis Out of Disability, along with ADAPTPhilly, & DIA (Disabled in Action) are soliciting the local govenment, the state government , federal government and even the powers that be in the faith community, to let them all know that the fight against any form of Ableism (The biased, prejudicial and bigoted attitude has towards people with disabilities) is a fight that we fully intend to win. Here in the United States, we are the poorest, our concerns are the least considered and we are the first to be cut, fired  and replaced. There are nearly 60 million Americans that have one form of challenged ability or another... there are at least 33 million of us who are eligible to vote. The problem that I see, is, in spite of these impressive numbers, the fact remains that we still are the least considered and least represented in our democratic system. Of course,, we as a the largest minority very seldom get what we deserve and never receive the full rights of citizenship, i,e, freedom, equity and inclusion. We want to change all of this. If twenty percent total population in the United States are people with disablities, why are there only 2 United States Senators and only two persons with challenged? If there is a change-a-comin' ... well we had better mobilize ourselves, together, not staying divided with our own agendas, which only serve the interests of the ones that refuse to accept and embrace the fact that we as a people are no longer to be passive and accepting... we want everything that every other American takes for granted.... jobs with equal pay... affordable, accessible housing... healthcare for all... food stamps for those who have no other means to feed themselves or their love ones. In this Trump/ Republican era, if we don't fight to protect our rights... no no else will. 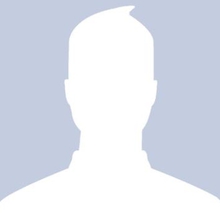